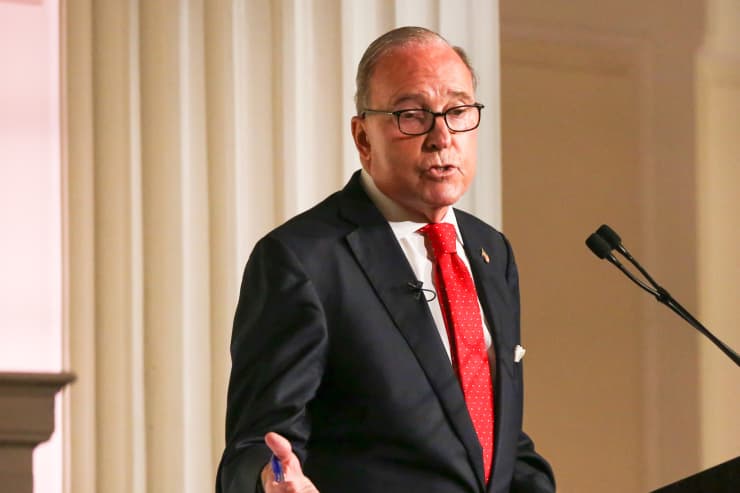 Larry Kudlow, director of the National Economic Council, said Friday that Apple’s technology may have been stolen by the Chinese.

“I don’t want to surmise too much here, but Apple technology may have been picked off by China and now China is becoming very competitive with Apple. You’ve got to have rule of law,” Kudlow said in an interview with Bloomberg. “There are some indications from China that they’re looking at that, but we don’t know that yet. There’s no enforcement; there’s nothing concrete.”

Kudlow’s comments came shortly after China’s Commerce Ministry said Chinese and U.S. officials will meet next week to discuss trade. Both countries have been engaged in a trade spat for months that has sent ripples through global markets.

They also come after Apple slashed its revenue guidance for the fiscal first quarter, citing an unexpected slowdown in China. The news sent U.S. stocks down sharply on Thursday, with the Dow Jones Industrial Average dropping 660 points, as it stoked fears that the global economy may be slowing.

As of the third quarter of 2018, Apple is the third-largest smartphone maker by global market share, behind Samsung and Huawei, according to data from IDC.

But Kudlow said Friday that “Apple is not apocryphal” and that not all companies are facing the same headwinds as the tech giant. That remark came just a day after Kevin Hassett, an advisor to President Donald Trump, told CNN that a “heck of a lot of U.S. companies, ” not just Apple, could see problems stemming from China.