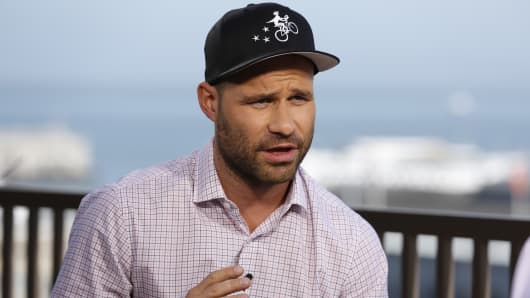 On-demand food delivery startup Postmates is adding 100 markets nationwide, and expanding its partnership with Chipotle. The move adds 300 Chipotle restaurants to its roster, and expands the delivery service to 50 million additional potential customers.

The expanded partnership is the latest volley in the food delivery wars, which includes competitors like Grubhub, Door Dash, and Amazon. Postmates, which announced a partnership with Walmart earlier this year, lags behind Grubhub, Uber Eats, and DoorDash in market share, according to market research firm Second Measure.

Postmates also lags in funding. Its last funding round was in September of 2016, and to date, the company has raised $278 million. In contrast, DoorDash has raised more than $700 million, including a $535 million round in March led by Softbank’s $100 billion Vision Fund. While Postmates says it is on track to be cash flow positive later this year, the company was reported earlier this year to have been in merger talks with DoorDash earlier this year, which Postmates denied. GrubHub, the market leader in restaurant delivery, has seen its stock increase more than 50 percent this year, with a current market cap of nearly $10 billion.

But the company’s leadership believes there are big opportunities ahead. In an interview with CNBC in May, Postmates CEO Bastian Lehmann spoke about Postmates’ position in the competitive landscape of food delivery.

“Local commerce in the U.S. is a massive market. It’s also very fragmented and underserved. Most of the transactions that happen in local commerce are still happening offline. And that market is growing 30 to 40 percent year over year, so you will see companies being created that will be billion-dollar companies that don’t exist today in a few years from now, and we believe we’re in a good position to fight for that local consumer.”

The Chipotle partnership has been fairly successful for Postmates so far. In May, Chipotle announced it saw a 700 percent increase in delivery orders with DoorDash, and told CNBC’s Kate Rogers in Aprilthat delivery’s a big area of focus for the company. To mark its expansion with Chipotle, Postmates will waive delivery fees on Chipotle orders through Sunday, July 15th.

Some of the new markets include the boroughs of The Bronx and Queens in New York City; Detroit, Michigan; Albuquerque, New Mexico; Charleston, South Carolina; Cleveland, Ohio; and Santa Barbara, California.