Imagine walking into your favorite clothing store, where — curiously — not a single item has a price tag. You grab what you want, but when you reach the register, the cashier refuses to tell you the price.

Instead, he grabs your credit card and says, “Just trust me.” This ridiculous example illustrates the essence of how the multitrillion-dollar 401(k) plan industry operated for decades.

For nearly 30 years, the 401(k) plan industry wasn’t legally required to explain exactly how much it was charging investors. Only in 2012 did the government finally force providers to make detailed disclosures of how much they were extracting from your hard-earned savings. In what other industry, or universe, would this ever be tolerated by customers? 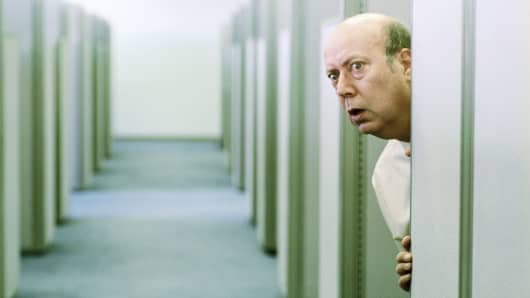 Four years later these ultra-complicated disclosures exist, but they aren’t generating the awareness intended. Instead of digging through the fine print, most plan participants simply trust that their employers are looking out for them.

Sadly, a recent industry survey showed that 67 percent of Americans believe they pay no fees in their 401(k) plan. This is the equivalent of believing fast food contains no calories.

Last year the Obama administration announced that hidden fees and backdoor payments were costing Americans $17 billion per year. And that’s not counting the excessive “out-in-the-open” fees that are draining our retirement accounts. The Department of Labor is also sounding the alarm. “The corrosive power of fine print and buried fees can eat away like a chronic illness at a person’s savings,” said Labor Secretary Thomas E. Perez.

Make no mistake: These fees do matter. They may seem like small percentages, but as HBO personality John Oliver said on a recent “Last Week Tonight” TV segment: “Think of fees like termites; they’re tiny, barely noticeable and can eat away your [expletive] future.”

“Employers need to wake up and take their role as 401(k) plan sponsors more seriously. It’s in their power to dramatically impact the future quality of life for their employees.”

To that very point, a 1 percent reduction in fees can add an additional 10 years to your retirement income. If two people have the same 7 percent return over time but one pays 1 percent in fees while the other pays 2 percent, the latter will run out of money 10 years earlier. Any financial expert would agree that this is an insurmountable headwind in the journey toward financial freedom.

A 401(k) plan is a wonderful savings vehicle — when it’s efficient. The problem is that many of the plans are plagued with huge commissions, very high expense ratios (the fees paid to mutual fund managers) and a variety of additional — and often hidden — layers of fees. These added layers have seemingly arbitrary labels, such as “asset-management charges” or “contract asset charges.” They often add up to 1 percent or more and are buried in the fine print of plan disclosures.

Ironically, several large 401(k) plan providers have been sued by their employees for excessive fees in their own 401(k) plans. You read that correctly. The employees who work for some of the biggest 401(k) providers aren’t willing to subject themselves to the same hefty fee arrangements they are charging other investors. Basically, the chef isn’t willing to eat his own cooking.

So how did we get here? In an opaque but legal arrangement, 99 percent of plan providers accept payments from the mutual funds they offer in your 401(k) plan. This is called revenue sharing or, more aptly, paying to play. Naturally, the list you have to choose from includes the funds that pay the provider the highest amounts — rarely the best performing, and certainly not the lowest in cost.

Additionally, many providers restrict low-cost funds to plans that exceed a certain amount of assets, meaning that employees of smaller companies are forced to invest in funds with higher fees. And since the providers don’t make much of a profit on the lower-cost funds they do offer, they will usually charge a significant markup. One major insurance company is offering an S&P 500 Index fund for more than 1 percent annually, when the actual cost is .05 percent. That translates into a 2,000 percent markup.

There is however, a silver lining. There was a major Supreme Court ruling against Edison International, the power company giant. The Supreme Court decision will likely make it easier for 401(k) plan participants to sue their employers for choosing investments that impose excessive fees, especially when those decisions were made years before lawsuits are filed.

The case concerned exactly when the role of a retirement-plan administrator in monitoring a plan’s performance can trigger liability under the federal Employee Retirement Income Security Act, known as ERISA.

Employers need to wake up and take their role as 401(k) plan sponsors more seriously. It’s in their power to dramatically impact the future quality of life for their employees.

When employers do their homework, they will realize that there are now a handful of low-cost alternatives where fees are reasonable, brokers are eliminated, no commissions are paid, and the plan provider doesn’t share in the fees charged by the mutual funds in the plan.

This means everyone in the plan gets access to the same low-cost index funds with reasonable fees. That’s how the democratization of financial services should look.

— By Tony Robbins, partner and board member, and Tom Zgainer, founder and CEO, America’s Best 401k

This entry was posted in Retirement. Bookmark the permalink.