‘Short the S&P 500’ and two other top 2019 ideas, according to Bank of America technician

Wall Street’s sour mood after its latest tumble could stretch into the New Year, says Bank of America technical strategist Paul Ciana. He has three top ideas to take advantage of the market’s fearful tone heading into 2019.

“Going back long term, the dollar versus the S&P as a ratio has a few significant bottoms that end up leading to a period where the dollar severely outperformed the S&P 500,” Ciana said on CNBC’s “Futures Now ” on Thursday. 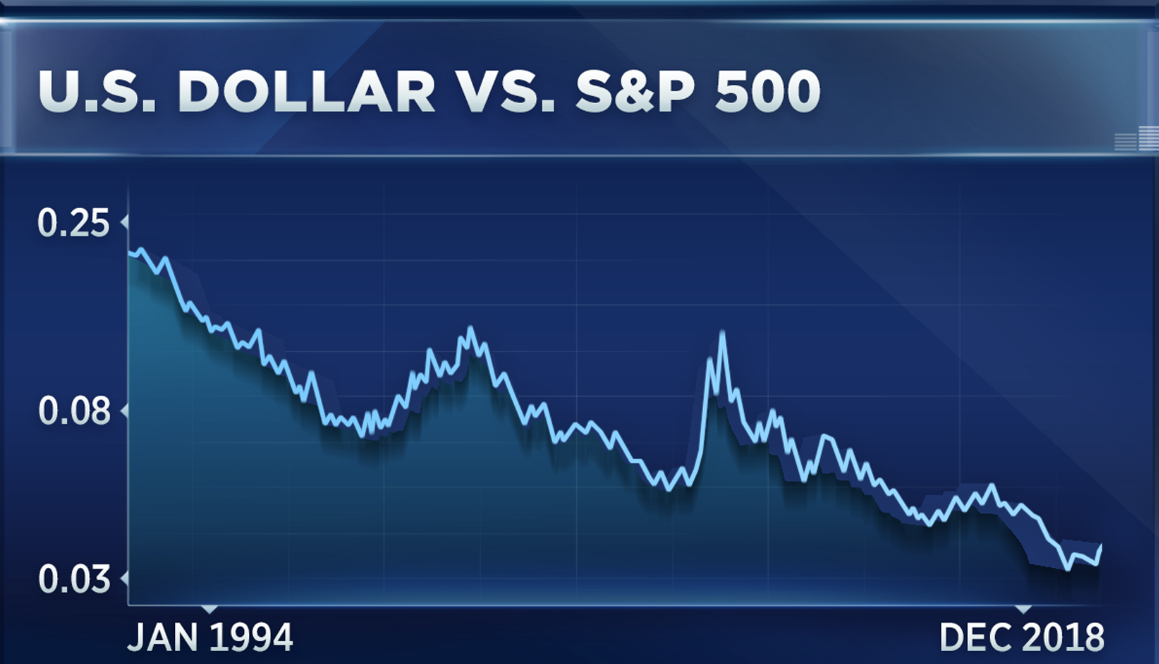 For example, in 2000, the ratio found a bottom before the dot-com bust sent equities tumbling and the dollar soaring. It was a similar setup in 2008 and 2014-15, said Ciana, BofA’s chief global fixed income technical strategist.

“Now we’re having another one right in here,” he added. “What ends up happening in these time frames is the dollar ends up outperforming while the S&P 500 of course underperforms. That means, buy dollar, sell stocks.”

“We singled out crude oil because it was the best oversold bounce trade heading into 2019,” said Ciana. “Crude oil prices [have] mean reverted all the way down to its 200-week moving average just like many markets have done in what’s been a position liquidation of the 2018 trends. ” 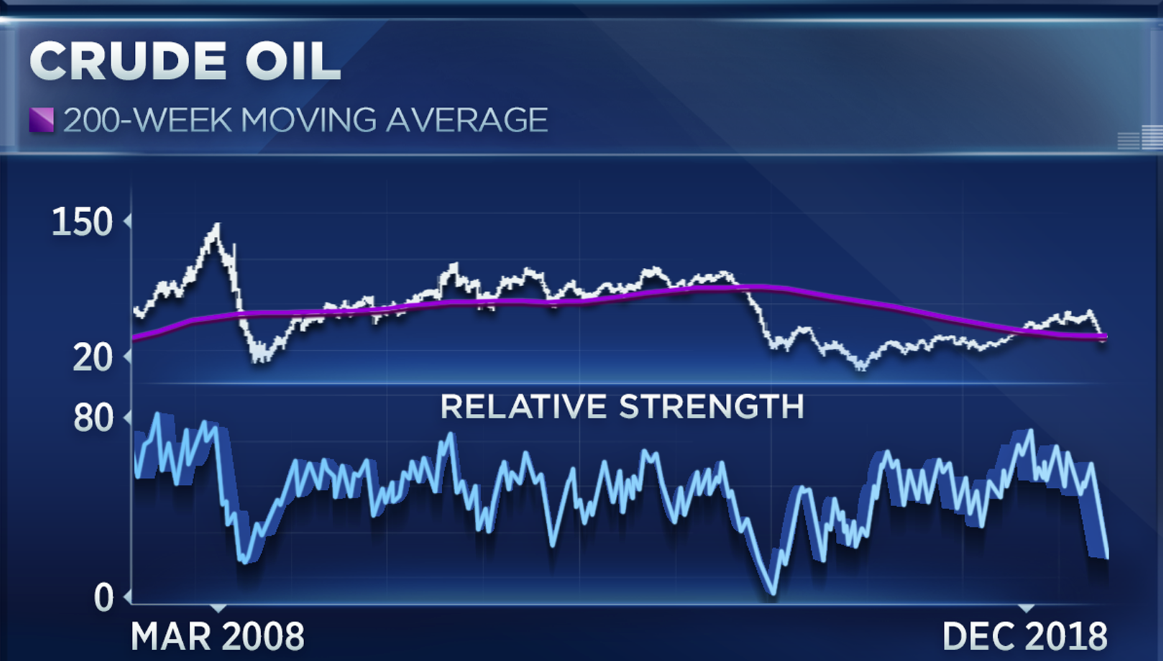 While crude jumped more than 5 percent last week, it remains down 21 percent over the past three months. Crude’s relative strength index, a measure of oversold and overbought conditions, fell below 15 in mid-November. Any reading below 30 typically suggests an asset is oversold. 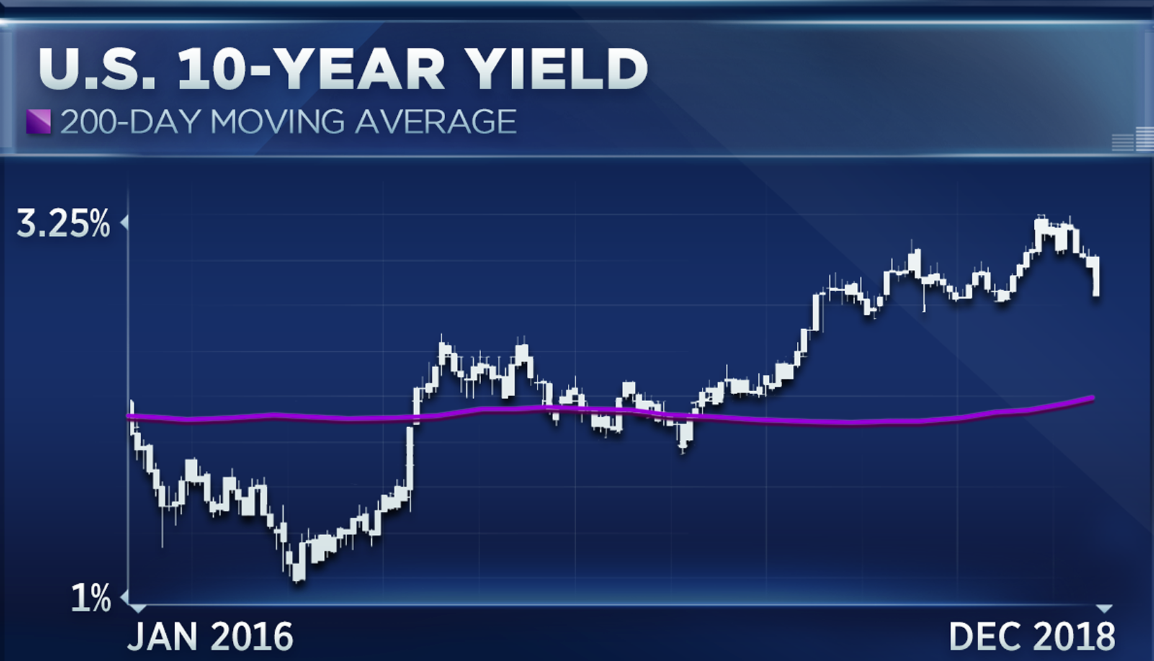 “The big question here is whether or not this rally is over and that yields will soon find some support perhaps at this rising trend line at about 2.75 to 2.80 and if that area holds, then we could see the bond market sell off and U.S. Treasurys get moving higher again,” said Ciana. “We think that this is the best rally to sell in anticipation of yields holding there.”

The 10-year yield peaked at 3.23 percent in early November and early October. That marked its highest level since May 2011.