Homebuilders, on track for worst year since financial crisis, are facing a make-or-break level, according to charts

The homebuilders are getting crushed this year.

The XHB homebuilders ETF and ITB home construction ETF are both tracking for their worst years since 2008, the middle of a housing crisis that demolished the group.

“We are deeply into oversold support here. We have some must hold levels for the XHB,” Gordon said Thursday on CNBC’s “Trading Nation.” “If you look at the entire rally that we’ve seen since 2016, to do some technicals this is the two-thirds retracement.” 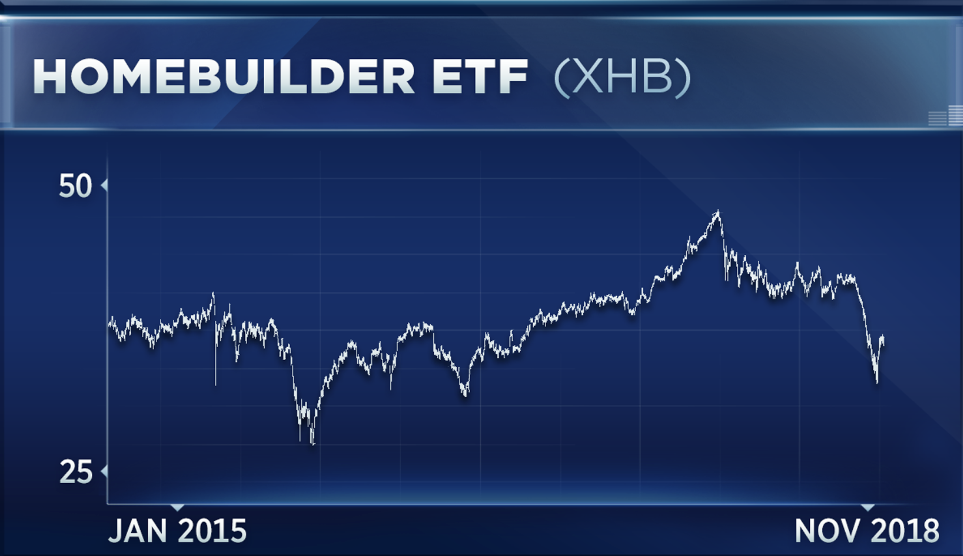 A technical retracement refers to a pullback within an uptrend that gives back some of the gains already logged. A two-thirds retracement implies that at least 60 percent of the initial move has been erased. It is often seen as a bullish trend where the charts find support and then resume an upward move.

Gordon said the XHB ETF must hold above the support zone of roughly $31 to $34. If it breaks below this, new lows are highly likely, he said. The ETF also needs to hold its old lows of $25 to $26, added Gordon.

“We’ve begun to hold, we’re showing life, but we must hold that zone right there or else those high interest rates could continue to crush housing. But so far, I think it’s looking pretty good,” Gordon said.

“If your investment time horizon is a little bit longer, like two to five years, I do think this is a buying opportunity and you will be pretty happy with your results,” Tepper said Thursday on “Trading Nation.”

The companies are “dirt cheap” with price-earnings ratios below 10, added Tepper. The XHB ETF trades at nearly 11 times forward earnings, a cheaper valuation than the S&P 500‘s 16 times multiple.

The group still faces its share of headwinds, including weakness in existing home sales, tight inventory and rising mortgage rates, but Tepper said so long as job and wage growth continues, homebuilders should stay afloat.

“As long as you’re not buying for a quick rally and you’re patient I think you’re going to like these stocks,” said Tepper.

Disclaimer
This entry was posted in Real Estate. Bookmark the permalink.