Dow rises more than 250 points at the open, but stocks are still headed for big October losses

Stocks rose sharply on Wednesday for a second straight day as strong earnings from General Motors and Facebook lifted sentiment. But the major averages were still on pace for sharp October losses.

Still, the major averages are down sharply for the month, through Tuesday’s close. Here is where they stand: 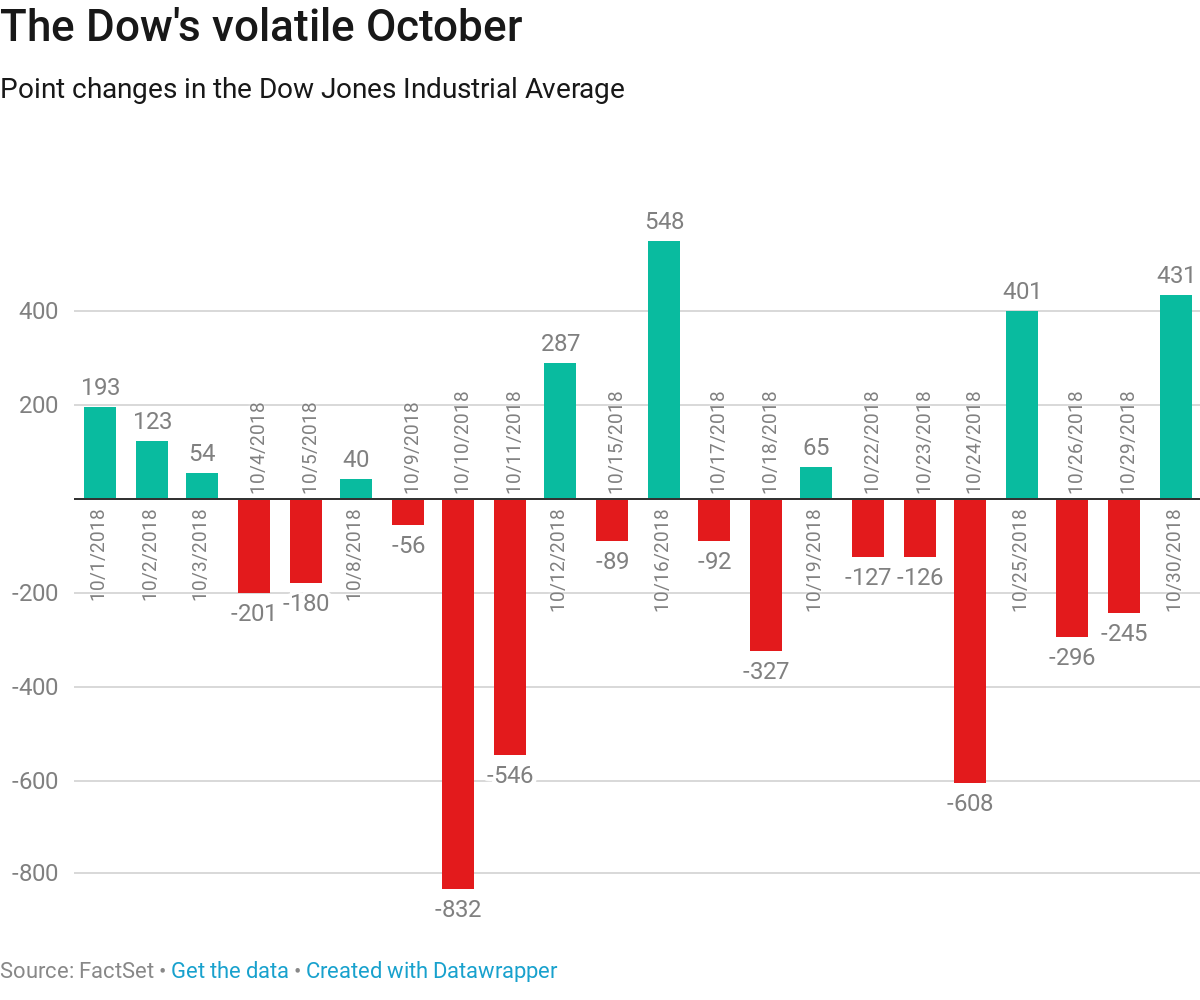 Equities have been under pressure this month amid renewed concern over U.S.-China trade, rising interest rates and worries about slowing corporate earnings growth. Tech shares have also taken a big hit, adding pressure to the broader indexes. Facebook’s gains Wednesday helped ease these losses, but the sector is still down more than 8 percent for October.

But Ryan Detrick, senior market strategist at LPL Financial, thinks the situation is not as bad as it seems.

“Even though the list of worries has grown in October, it is quite reassuring to know that consensus estimates for 2019 S&P 500 earnings per share actually increased this month,” Detrick said. “Call us old school, but we still think earnings drive long-term stock gains, and this is a great sign amid all the market volatility.”

U.S. stocks closed higher in the previous session, as markets pared some of the month’s losses. Such a move is not uncommon as a month of steep declines comes to an end.

According to data from Bespoke Investment Group, when the S&P 500 is down more at least 8 percent with two trading days left in a month, the index has bounced back 80 percent of the time in those last days. The data date back to 1952.

On the data front, private payrolls rose by 227,000 in October, according to a report from ADP and Moody’s Analytics. The gain is more than economists polled by Refinitiv expected.

This report comes ahead of Friday’s nonfarm payrolls report, which is scheduled for release Friday morning.