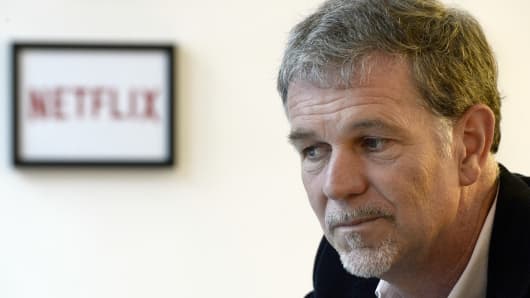 Technology stocks are headed for a rough session on Tuesday after shares of Netflix, one of the momentum leaders of this bull market, tanked after earnings. Amazon shares fell as well.

The Invesco QQQ Trust exchange-traded fund, which tracks the Nasdaq 100 index, dropped 0.7 percent in after hours trading. The Nasdaq 100 is made up of the 100 largest stocks in the Nasdaq Composite.

“For the FANG stocks, it will be a tough day,” said Peter Boockvar, chief investment officer at Bleakley Financial Group. “They were the poster boys for outperformance and when you get outperformers like these guys, that drives up valuations. When the valuations are this high, there is no room for error.”

Shares of Facebook, Google-parent Alphabet and Twitter all dropped at least 1 percent, while Spotify Technology pulled back nearly 3 percent. Amazon shares also fell 1.5 percent amid glitches during the start of the company’s annual Prime Day.

Tech is the best-performing sector in the market this year, rising nearly 15 percent. Also, just a handful of tech shares are responsible for more than 80 percent of the S&P 500’s gains this year.

BlackRock CEO Larry Fink raised concern about how narrow the market’s leadership has been this year. In a conference call with analysts, Fink said: “If you strip out a handful of outperforming tech stocks, the lack of breadth in the equity markets is troubling.”

Fink also said: ““We are at a pivotal point. Clients are struggling to better understand increased risk and uncertainty.”

This entry was posted in Uncategorized. Bookmark the permalink.