There are strong signs that countries in Asia and the Pacific region are turning away from the United States and tilting toward China as the Trump administration emphasizes “America First.”

Perhaps the most alarming signals are coming from Australia, a country that has deep cultural and historical ties to the United States but which depends on exports of raw materials to China. Donald Trump is deeply unpopular in Australia, which like the United States is an immigrant nation.

Last week, Australian Prime Minister Malcolm Turnbull said he was open to the idea of China taking the place of the United States in the Trans-Pacific Partnership, or TPP. The Obama administration had led the effort to build the TPP, and had designed the trading bloc with the U.S. at its center. But President Donald Trump effectively killed the TPP immediately after taking office.

China is Australia’s largest market for exports of merchandise goods, according to the Australian government’s Department of Foreign Affairs and Trade.

“China also wants to be seen now as promoting globalization, promoting free trade, particularly for countries in Asia that don’t want to count on the U.S.,” Bremmer said.

Now that Trump has officially withdrawn the U.S. from the Trans-Pacific Partnership, “certainly there is the potential for China to join the TPP,” Turnbull said in a Financial Times report.

The 11 other countries that were set to become part of the Trans-Pacifictrade and investment agreement were Australia, Brunei, Canada, Chile, Japan, Malaysia, Mexico, New Zealand, Peru, Singapore and Vietnam. 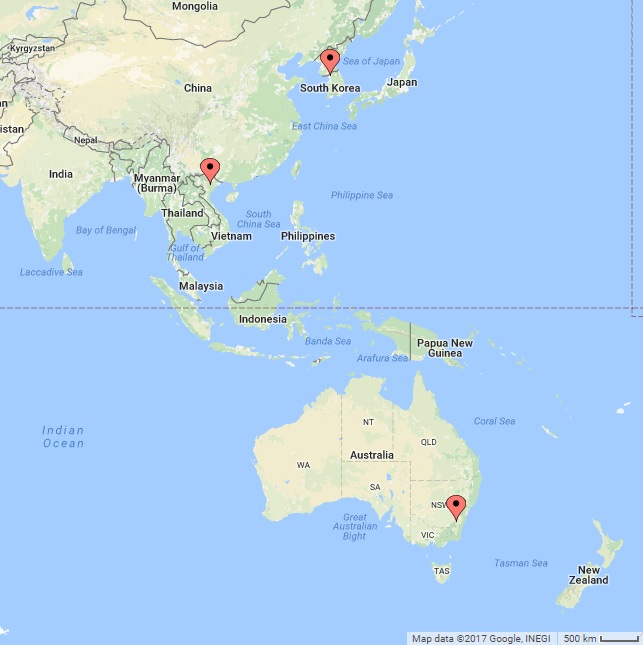 Turnbull added that he was speaking to other leaders from the region about a TPP that excludes the United States. Among them was Prime Minister Shinzo Abe of Japan, he said.

Japan remains the strongest ally the United States has in Asia, but Trump has also created alarm there by criticizing Japan for supposedly unfair trade practices. Abe spoke by phone with Trump on Saturday, and they agreed to hold a summit in Washington, D.C., on Feb. 10., theNikkei reported over the weekend.

South Korea President Park Geun-hye awaits a decision on her impeachment following an influence-peddling scandal there. Presidential hopeful Moon Jae-in, from the opposition liberal party, is seen as more friendly toward Beijing than Park was. Moon also has called for a U.S. anti-missile system to be delayed until the new administration is in place.

The U.S. is in the process of deploying the Terminal High Altitude Area Defense (Thaad) system in South Korea, as North Korea carries out further missile tests.

Beijing views the Thaad project as a security threat and has hampered South Korean business operations in China, even going as far as limiting performances by Korean pop stars on the mainland.

“In the meantime, the South Korean government has ramped up bilateral meetings with Chinese officials and looks to grow their bilateral trade relations,” Bremmer said. It’s “hard to imagine the U.S.-South Korea alliance looking nearly as strong in a year’s time.”

Vietnam, a country of 95 million people, had been edging closer to normal relations with the United States as a dispute with China over islands in the South China Sea intensified. But it has throttled back on its anti-China stance in recent weeks.

In mid-January, Vietnam police altered their normal pattern and stopped an anti-China protest within minutes, Reuters reported. The newswire noted that the country’s government and police made no comment and state-controlled media did not report the protest, which occurred around an event related to China’s seizure of the Paracel islands in the South China Sea in 1974.

“Vietnam is extremely reluctant to be as closely tied to the United States on security issues, given the Philippines are already moving in that direction,” Bremmer said. Vietnam’s leaders “don’t want to be left by themselves, with an economy very vulnerable to their China ties.”

China is the second-largest destination for Vietnamese exports and the primary source of goods imported into Vietnam, according to preliminary 2016 data from the General Statistics Office of Vietnam.

Earlier in January, China and Vietnam pledged to manage their differences and safeguard peace in the South China Sea during a visit to Beijing by Vietnamese Communist Party chief Nguyen Phu Trong.

This entry was posted in World Economy. Bookmark the permalink.