Beware of bad financial advice from friends and family

Why do people take bad financial advice from their friends and family? Because hearsay is easier than reality, said certified financial planner Vid Ponnapalli, founder of Unique Financial Advisors.

“At a social gathering, there is no fact-checking,” he said. “But money is extremely emotional.

“People get carried away [about it] more than anything else,” Ponnapalli added. “The emotional nature of it overrides logic.”

Recently, Ponnapalli presented a retirement plan to a couple in their early 50s. Both spouses intended to work into their late 60s. 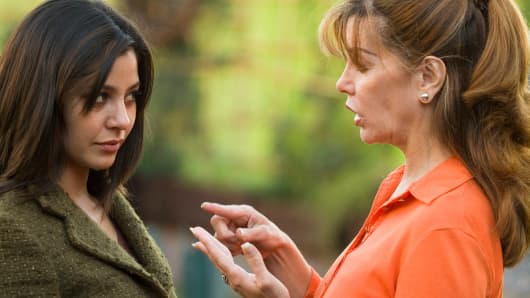 One of his recommendations was for them to delay taking Social Security until age 70. At this, the wife said, “I heard we will get nothing from Social Security after the year 2034.”

Then she added, “Besides, I was told the benefits are not taxable. No matter what, I am going to start drawing benefits as soon as I’m eligible, at age 62.”

Apparently, a conversation with a family member had sent her into a panic.

“That [response] really scared me, and it took me a good 45 minutes to explain why she was wrong,” Ponnapalli said. “Basically, she didn’t understand the complexity of the system and sources of the funding.

“But people listen to this ‘advice’ because it’s about money.”

“Try telling someone who’s already mad at the world that their friends and family are not the folks to rely on in a divorce for financial advice.”-Bonnie Sewell, founder of American Capital Planning

A client once informed Stark that a co-worker had highly recommended a stock he wanted to ask Stark about.

Stark researched the stock and responded to his client with a simple note: “Biotech. Penny stock. No revenues. Was once worth over 100 bucks. Very risky.”

Stark also told his client to be careful. Nonetheless, the client invested some money in the stock based on his colleague’s advice. Two weeks later “it was down almost 90 percent … and is now worth only 13 cents,” said Stark.

“I have a ton of bad-advice stories,” said Mark LaSpisa, a CFP and president and managing advisor of Vermillion Financial Advisors. He described a situation where, after a client’s father passed away, her brother told her she could roll her inheritance into her own individual retirement account and did not need to take a required minimum distribution until age 70 and a half.

“It took me three calls,” LaSpisa said, “sending her the IRS regulations on rolling over an inherited IRA, and a conference call with her accountant, to convince her that her brother was wrong.”

On another occasion, one of his clients, a widower, reported that his son wanted to be added to his bank accounts as a co-signer “just in case something happened.”

The ramifications went from bad to worse, said LaSpisa, who reminded the client that his son already had power of attorney.

“A bigger issue was that the son was only one of four siblings,” he said. “If the father placed the son’s name on the account as a co-owner, his intent to have the account split four ways upon his passing would not be accomplished, since the son would become the future sole owner of the account.”

However, the biggest issue, LaSpisa said, was that the son was exposing his own accounts to potential liability now or in the future. Should he get sued for any reason, the bank account could be considered an asset.

More from Investor Toolkit:
How to get rich slowly, using tried-and-true dividends
3 key money steps for millennials
The sooner you buy life insurance, the better

“Try telling someone who’s already mad at the world that their friends and family are not the folks to rely on in a divorce for financial advice,” she said.

Sewell was working with such a client on property division, looking at two main assets: commercial property vs. retirement funds.

“We had it all mapped out to take the retirement funds,” she said. “It was a one-time opportunity to become an alternate payee to either roll over or take the cash out without penalty.”

But the client came back and said, “My friend told me I should take the commercial property.”

“It was a bad idea, because it doesn’t build toward retirement. She’s depending on a future sale to release funds, and she’d be committing time and money to manage it,” Sewell said.

Her client’s life is now “on hold,” she added. “She’s paying me, paying her attorney, working, taking care of kids — and here comes a friend who blows things up.”

Sewell now needs to gather documents and run a new analysis, adding six months to the process.The bottom line is this, said Sewell: “When you hire someone with special expertise, you need to be ready to listen to them.”

— By Deborah Nason, special to CNBC.com

This entry was posted in Personal Finance. Bookmark the permalink.