How a city took its time and remade its economy

OGDEN, Utah — Bystanders shield their eyes from the swirling grit kicked up by the bright green and yellow helicopter. Its landing was captured by a news crew here to record the opening of new maintenance facility for Air Medical Resource Group, the country’s third-largest provider of air medical services, and the latest firm to open shop in this city.

“We could see that they wanted us here and it made a difference to us,” President Joseph Hunt said when asked why his company chose Ogden.

Wielding giant scissors and surrounded by seven members of Ogden’s Chamber of Commerce, Hunt cuts a ceremonial ribbon to mark the opening of the facility. The seven are a subset of the chamber called the “Spikers,” whose job it is to welcome industry — industry Ogden’s been working hard to recruit for the last 16 years. 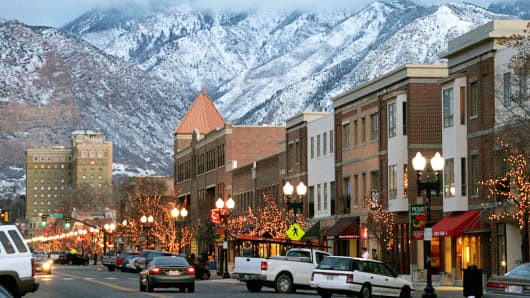 Ogden has brought in new businesses, including online retailer Wayfair, Northrop Grumman and the 3-D printing company White Clouds. That was achieved through careful planning of projects funded by tax increment financing and a willingness to go the extra mile for any business considering setting down roots in this city 40 miles north of Salt Lake.

“They may seem like little things but those add up to hundreds of thousands of dollars that are costs we don’t have to turn out because they put out a little extra effort to help us out,” he said.

The payoff for Ogden, 15 jobs at the facility paying more than $55,000 a year, and a new addition to the city’s aerospace industry, one of the three pillars of its economy, along with advanced material firms and outdoor recreation companies.

“Everything we work on is based on two goals: improving income level and improving our tax base,” said Tom Christopolus, Ogden’s director of community and economic development.

Ogden has been working on remaking itself for the last 16 years, continuously tweaking its “Renaissance Plan,” which was developed after the city was chosen to host the downhill ski events for the 2002 Olympics.

“Things had gotten to the point where the town was so significantly blighted that no one wanted to live here, and then no one wanted to work here,” said Christopolus, describing Ogden in the late ’90s. “So people started to ask what some of the options were.”

One option was selling the city’s natural beauty during the Olympics. Ogden butts up against the Wasatch Mountains to the east, and has two rivers running through the city.

“Those events we brought in specifically highlighted our rivers and our trails and our mountains and everything else,” said Mayor Mike Caldwell, who at the time was working on the Olympics initiative. “And it really did show the best of of what at that point was a pretty tired community.”

So Ogden began selling its lifestyle, and its low cost of doing business to any firm that would listen.

“When we first started we would recruit anyone we could get,” said Christopolus. “We wanted to build that economic base.”

It was an economic base that was shrinking. Once a railroad hub, Ogden is where the Union and Pacific Railroads were linked in the latter part of the 1800s, but its population started to slide in the 1950s when people began to abandon rail travel for autos and planes.

So while the city was surrounded by natural beauty, it knew it had to do something to improve its physical appearance. When its revitalization plan began, the city had numerous abandoned and run down buildings and its infrastructure was in need of repair.

To fund improvement projects, it began using tax incremental financing, or TIFs. This is when taxing entities, like schools that reside in the district where the venture is taking place, agree to give up any incremental tax from increased property values for a set period of time. The new revenue is then plowed back into the district to pay for things like fixing roads, tearing down structures or putting in trails. All of this is done with the aim of making the area more attractive to business.

These are the best and worst states to retire in 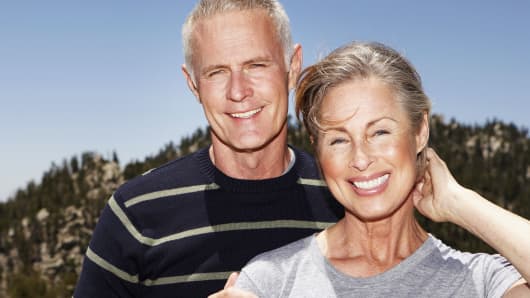 It is a strategy that requires a lot of cooperation from a number of different parties.

“We try to center on one particular goal, which is community improvement,” said Christopolus, an Ogden native who left in the ’80s but returned nine years ago. “If we’re all focused on that goal, the school district benefits, the county benefits, we benefit.”

Currently there are over 20 of these TIF-funded projects happening in Ogden, among them the Ogden Business Exchange. It is being built at the site of the city’s former livestock exchange. It will be home of some of the city’s 30 outdoor recreation companies.

ENVE Composites, a maker of high end bicycle parts, is an anchor tenant. The Business Exchange is being sold as a “lifestyle park” where resident firms can test their products on nearby trails and bike paths. It’s expected 400 jobs will be based there.

The Business Exchange is similar to one of Ogden’s first projects, when it took over a military depot that was shuttered in 1995 and turned the 1,000 acre parcel into a business park. Over 6,000 people work at The Business Depot’s more than 100 companies, including Hershey’s and the online insurer Esurance.

Professor Michael Vaughan, who teaches economics at Ogden’s Weber State University, said the city has managed its renewal in a smart way.

“Instead of trying to go out and hit a home run and bring in the employer that would bring 10,000 jobs to the area, they’ve hit a lot of singles and doubles,” he said.

Ogden now boasts it has the narrowest wealth gap of any major metropolitan area, according to the Census bureau. Still, its median income of $40,937 is below the national average, even as it has climbed 20 percent since 2000.

The city also bears plenty of scars from its troubled past. Mixed in with new housing projects are homes badly in need of a paint and new roofs. Plenty of buildings stand empty, and 23 percent of its residents live below the poverty line. 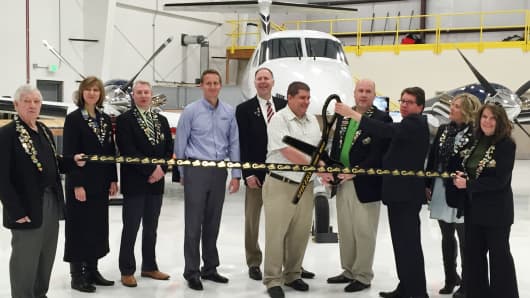 Nevertheless its earned accolades like being named one of the “Best Cities to Raise a Family” by Forbes (in 2014), and being tapped by Brookings as one of “2015’s Best Cities for Advanced Industries.”

Christopolus, who witnessed Ogden’s decline firsthand, appreciates the accolades but knows there is a lot of work to be done.

“It’s a generational project. It will go on long after I’m gone,” he said. “The major projects we have charted out will take another 20 years. It will take that long to get back to the point where we were in real dollar terms in the ’50s.”