GM announces 6 new recalls, 7.6 million cars in the US

GM also announced that it will take a charge of up to $1.2 billion in the second quarter for recall-related repairs, including the previously disclosed $700 million for recalls already announced this quarter.

GM stock reopened after the announcement, quickly falling more than a percent.

GM CEO Mary Barra indicated last week that there were more recalls potentially coming, telling NBC that “We’re going to continue to look at the data that we get, and we’re going to take the action that we need… If we find an issue, we’re going to deal with it.” 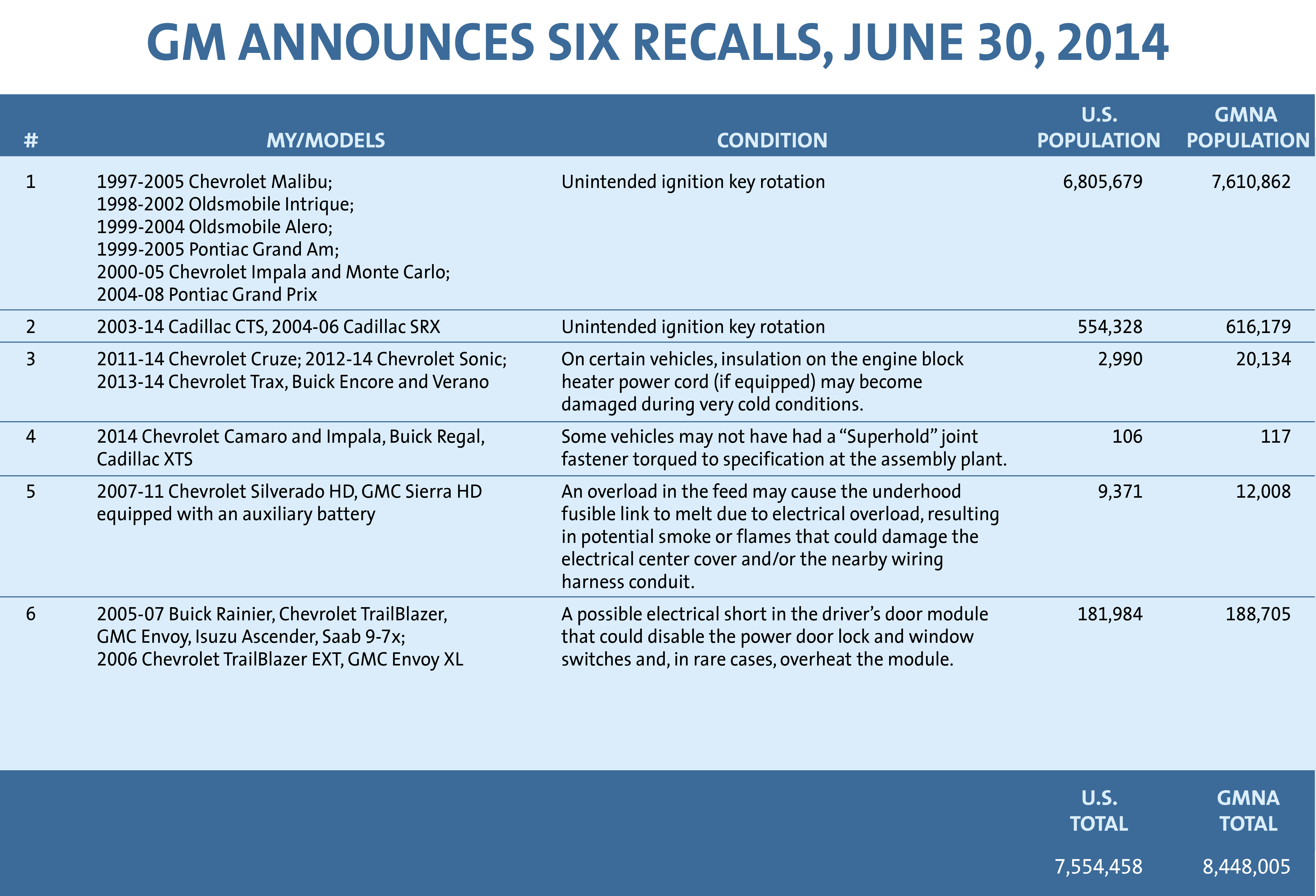 The recall announcement includes models ranging from the 1997-2005 Chevrolet Malibu to the 2003-2014 Cadillac CTS for “unintended ignition key rotation”—the same problem that led the company to announce a victims compensation fund earlier Monday.

GM recalled almost 189,000 other vehicles, including the 2005-2007 Chevrolet TrailBlazer, for a “possible electrical short in the driver’s door module that could disable the power door lock and window switches and, in rare cases, overheat the module.”

GM recommends that drivers detach any extra weight, including other keys or a key fob, from the ignition key.

This entry was posted in Auto, NBR Show Clips. Bookmark the permalink.